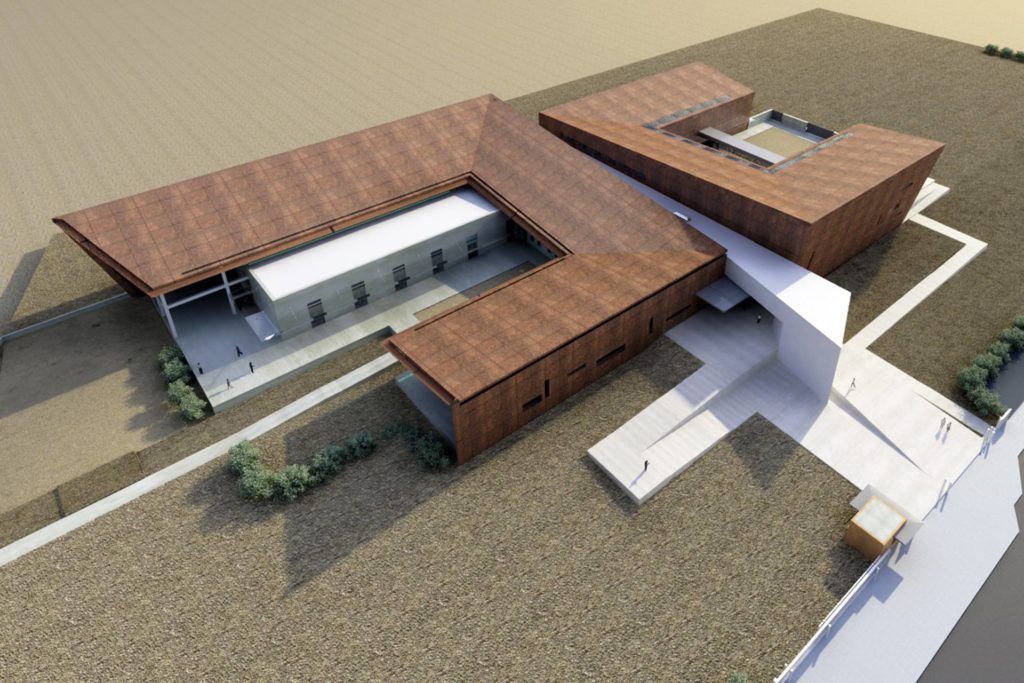 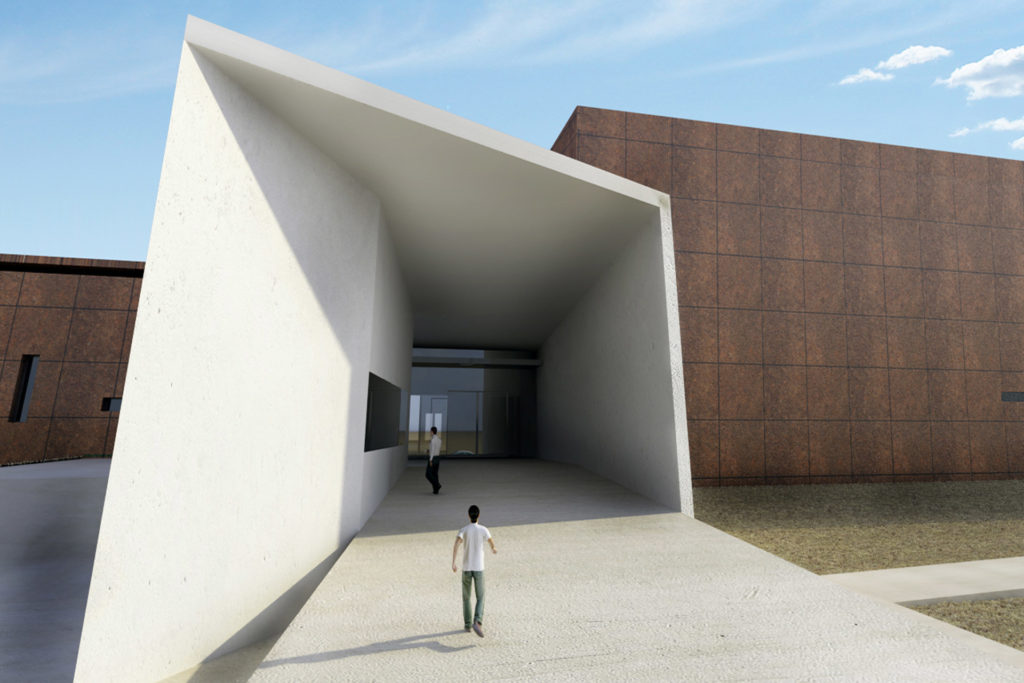 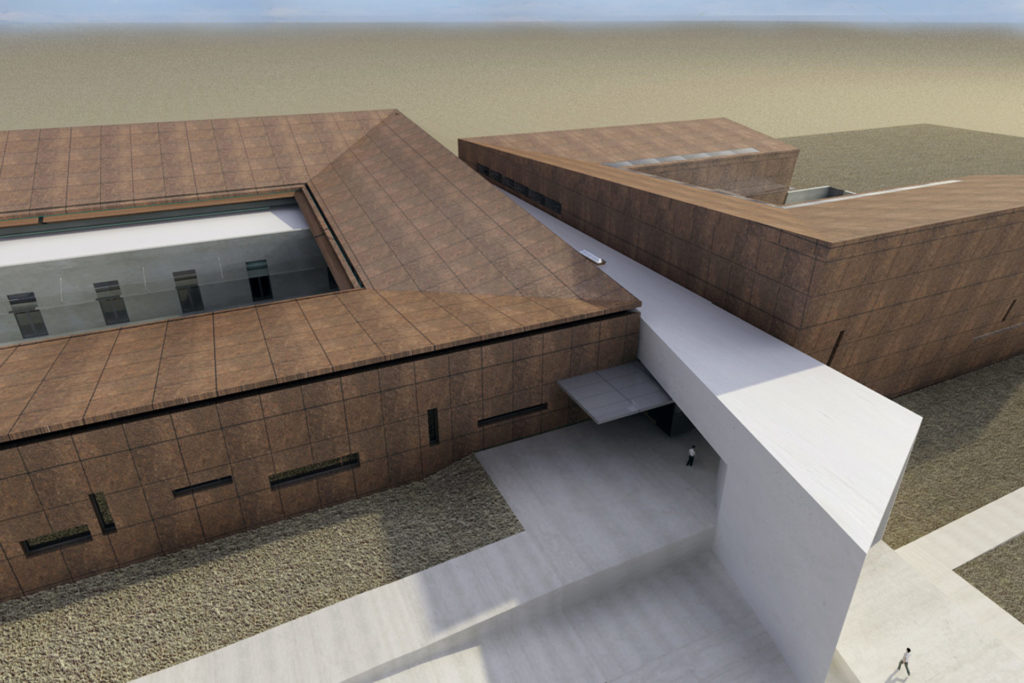 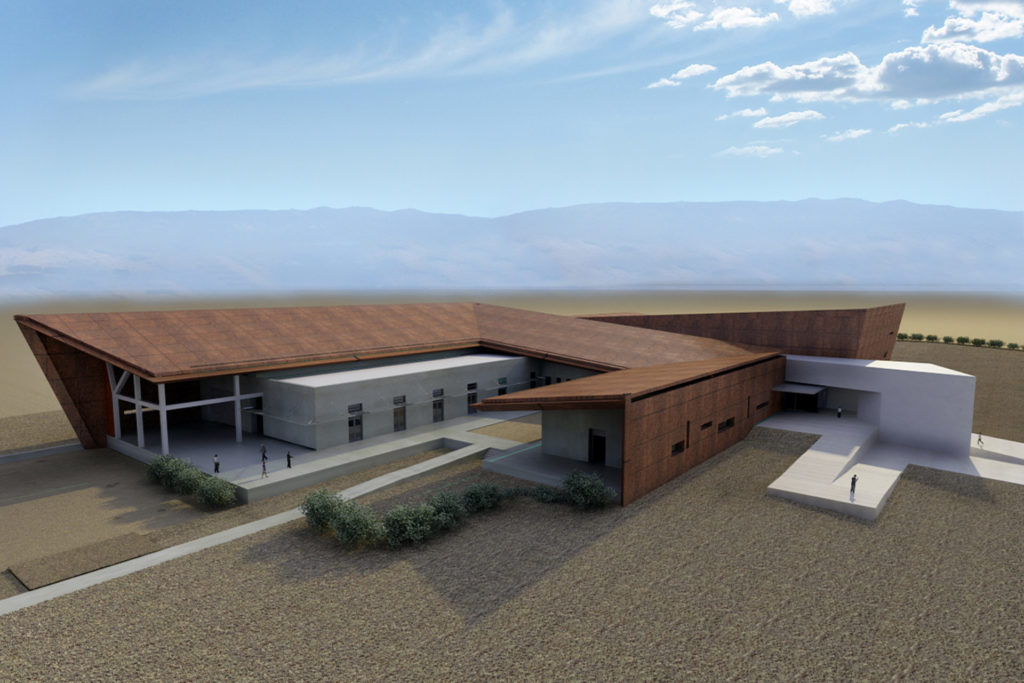 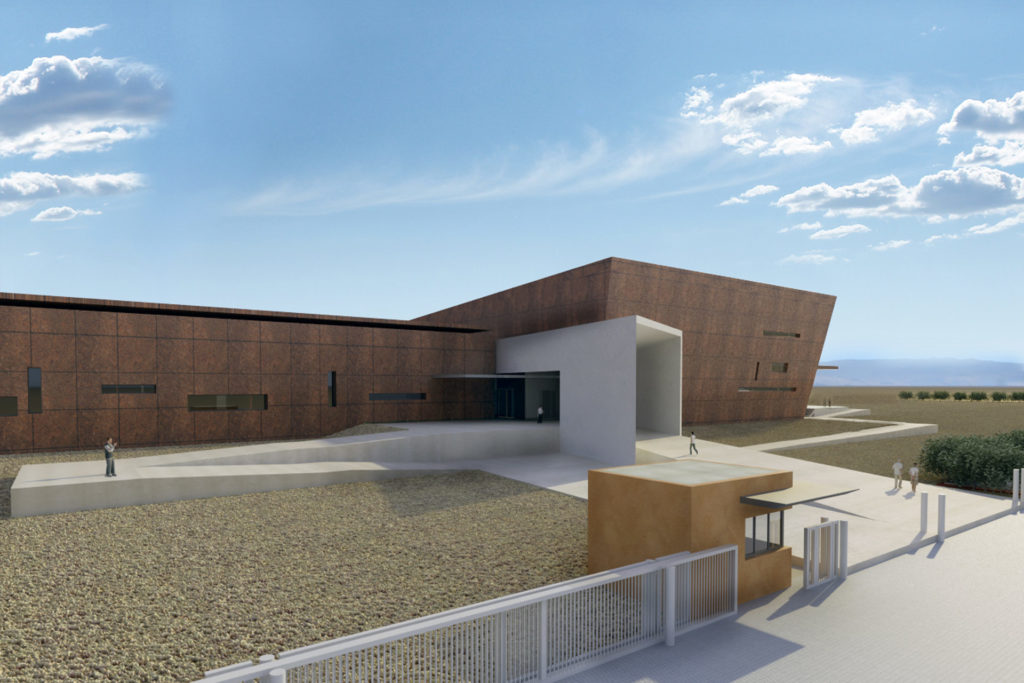 Located in Vergina in northern Greece, the Archaeological Museum of Vergina museum has been created to house and exhibit the bountiful archeological discoveries made in the surrounding area. Taking inspiration from classical Greek architecture, the museum’s initial structure was also designed to be scalable as more artefacts were found, restored and displayed.

Impressively situated in a natural environment, the structure consists of a central entrance corridor that links to opposing buildings. Each building features a similar spatial pattern, with a horseshoe structure surrounding a central outdoor area. Together, they represented an inverted ancient home, where once a central atrium would have been wholly enclosed. While the core focus of the design is on the exhibitions, there are also laboratories and restoration rooms for active archaeological digs and projects.

The white concrete indicates the entrance to the building, providing a contrasting element between the two volumes.  Embodying the building’s relationship with this historic area, a corten envelope surrounds the structure and is built into the earth, where the material will constantly respond to the minerals in the soil, creating constantly changing patterns on the facade.