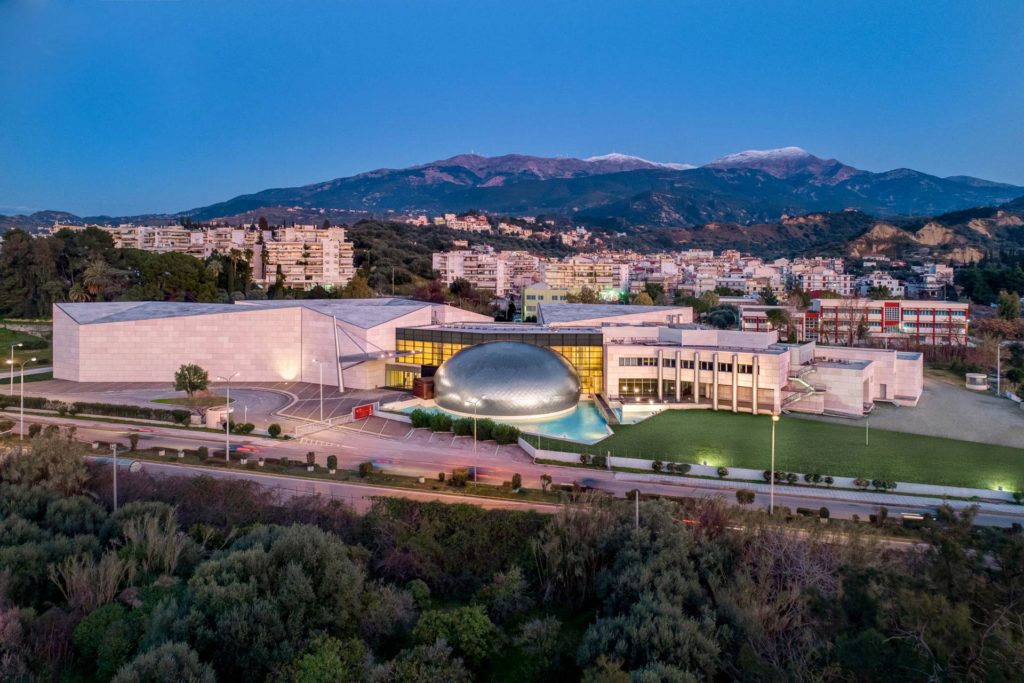 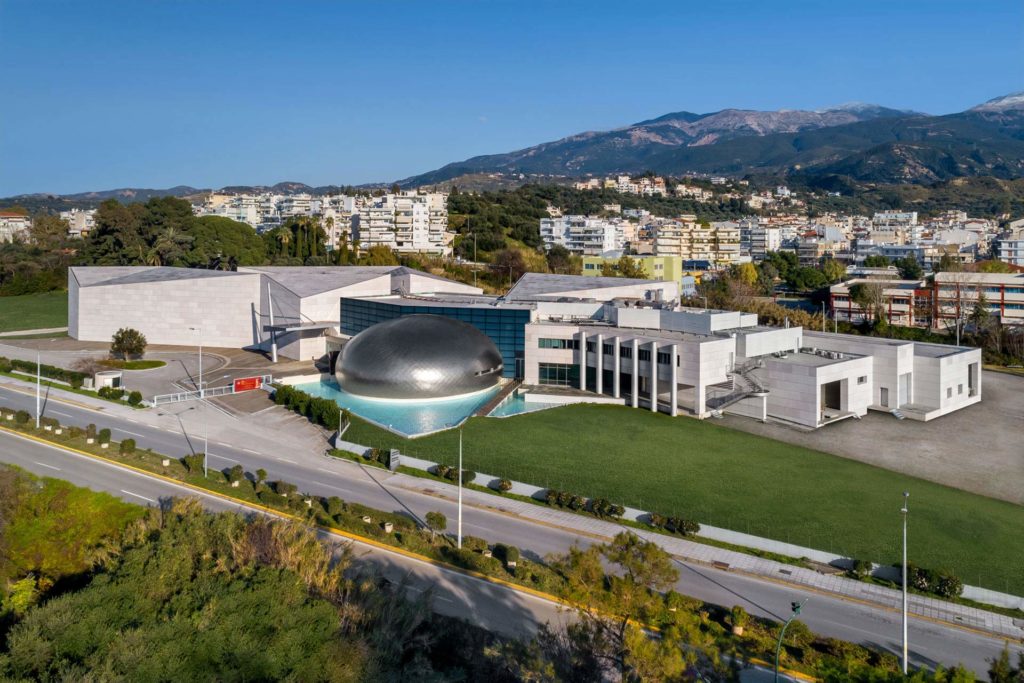 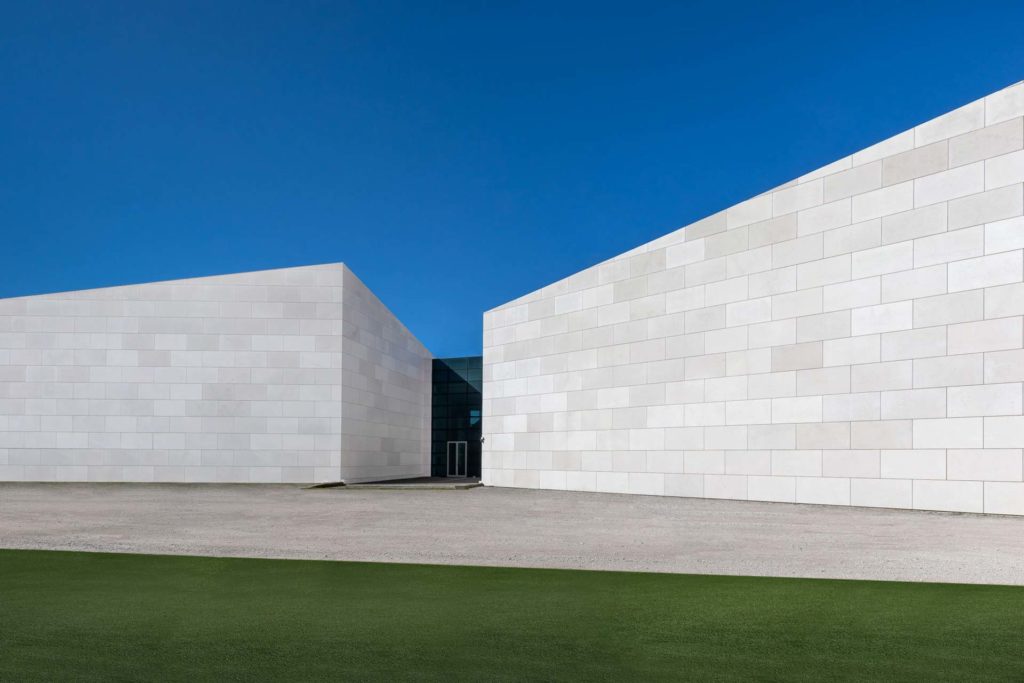 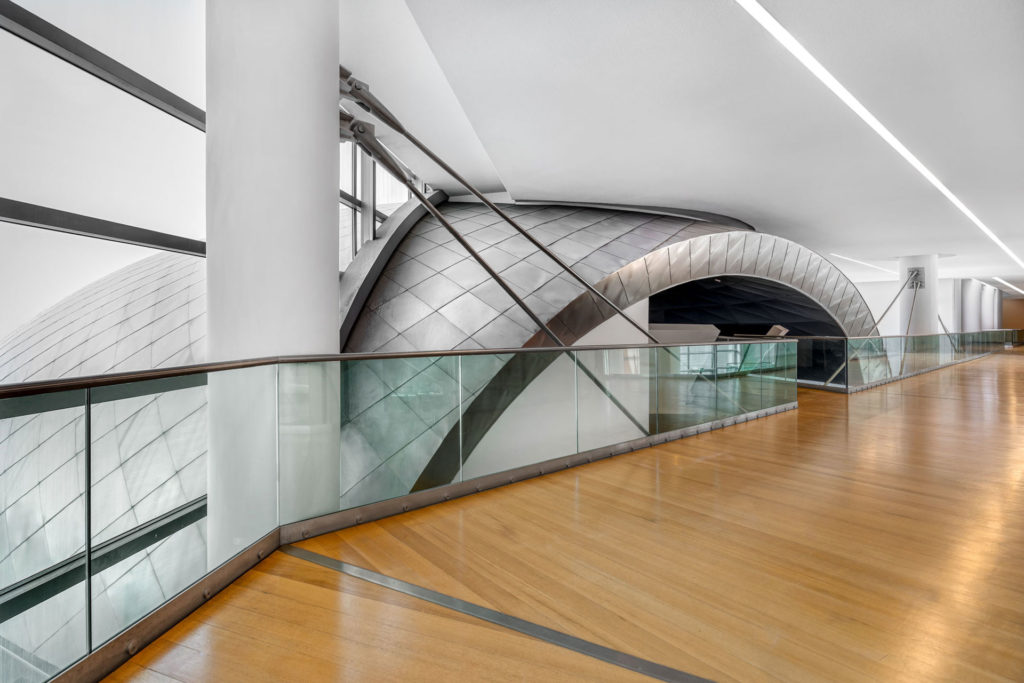 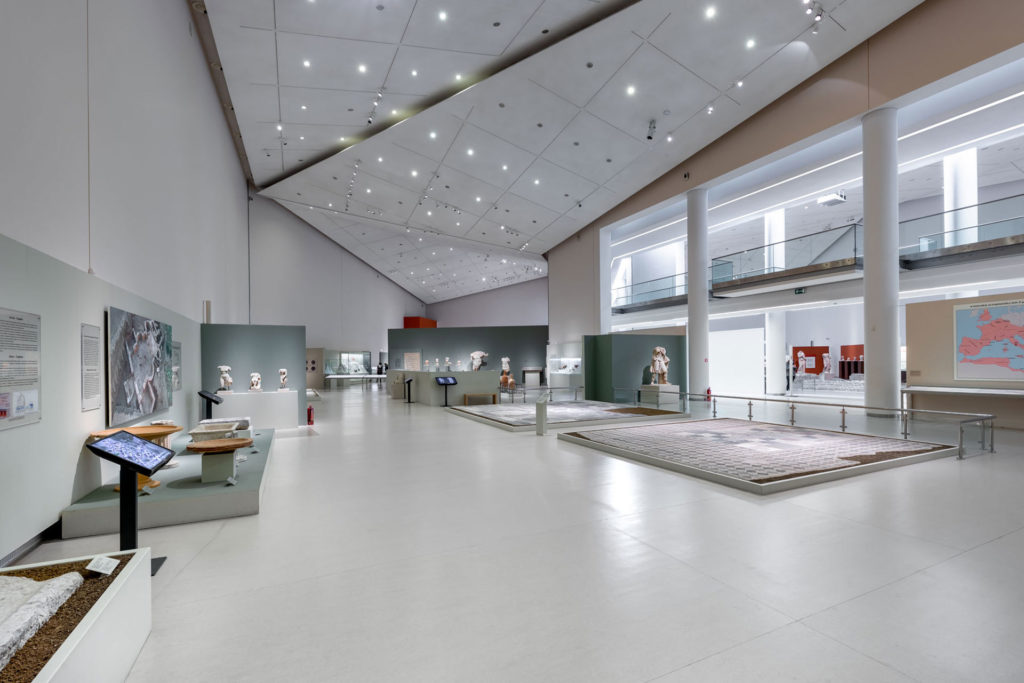 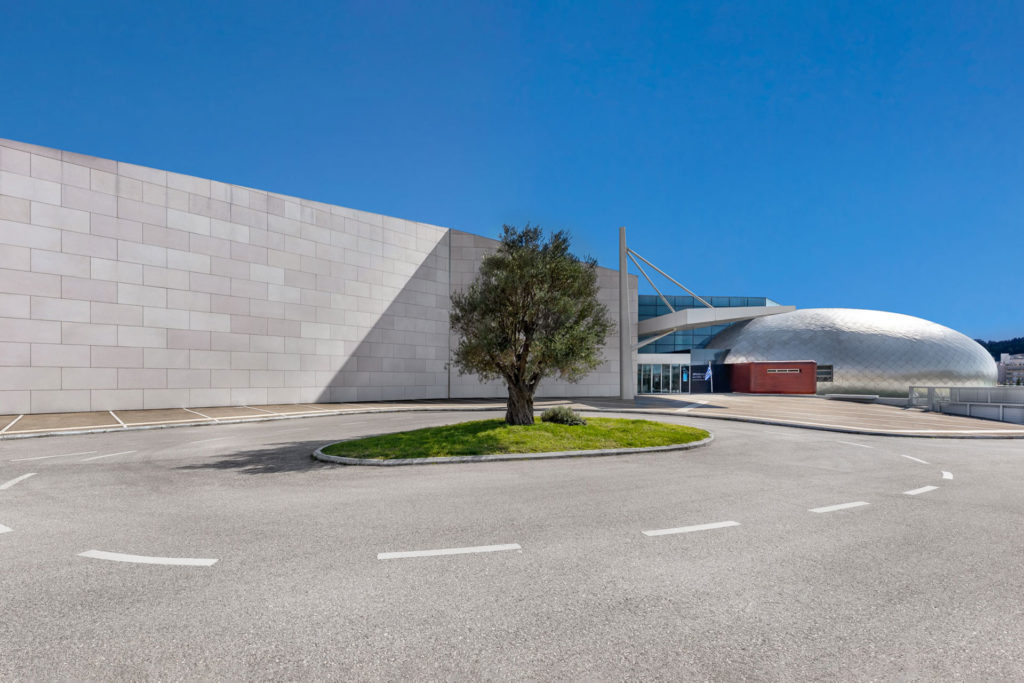 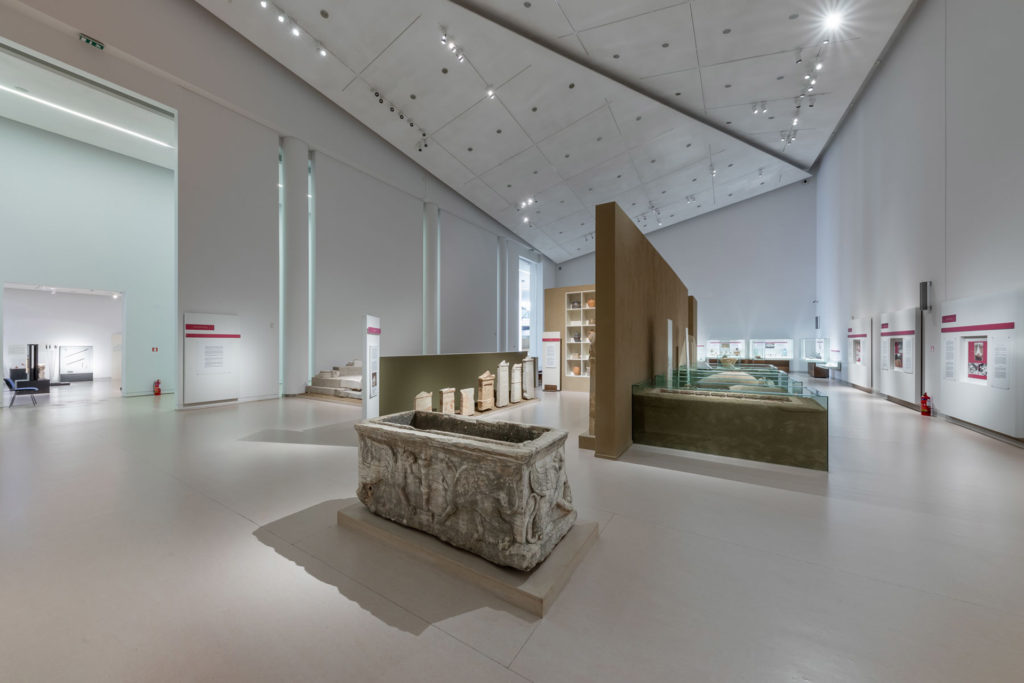 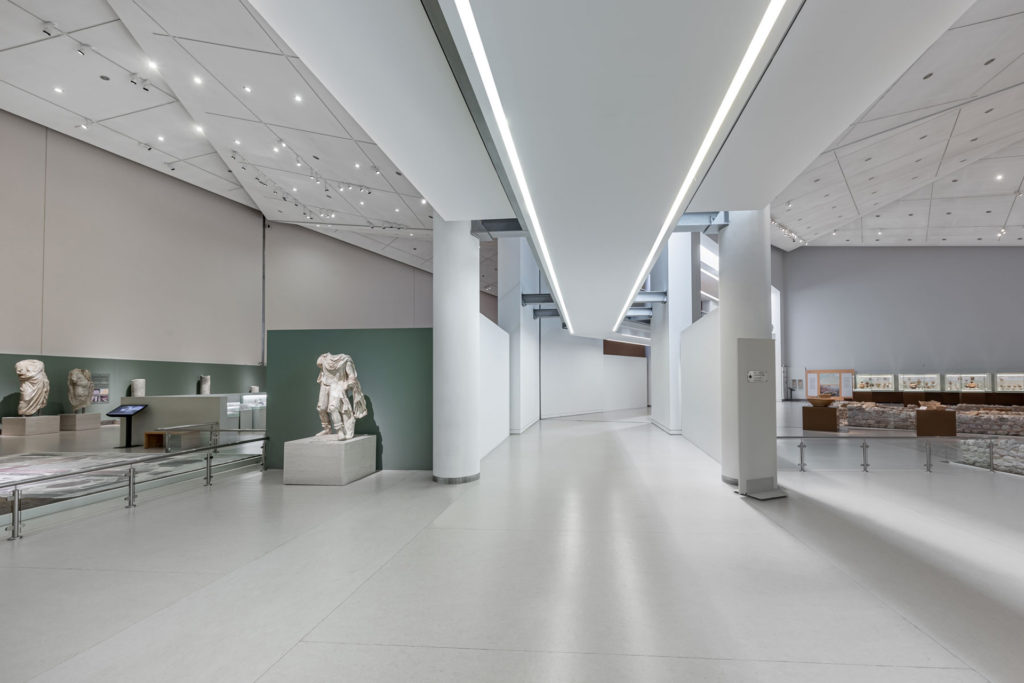 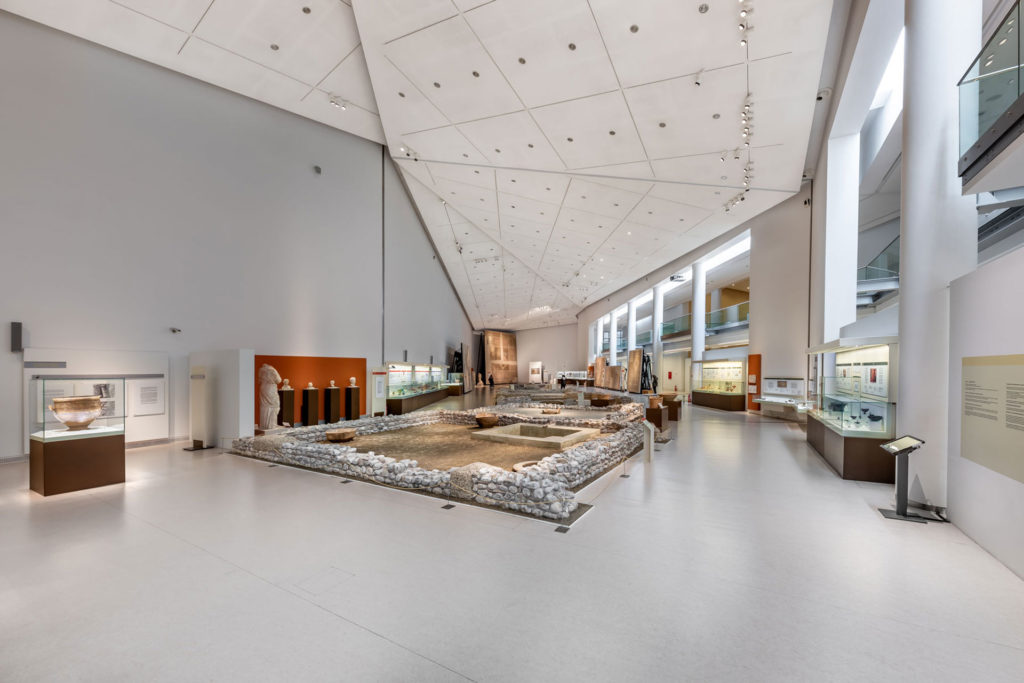 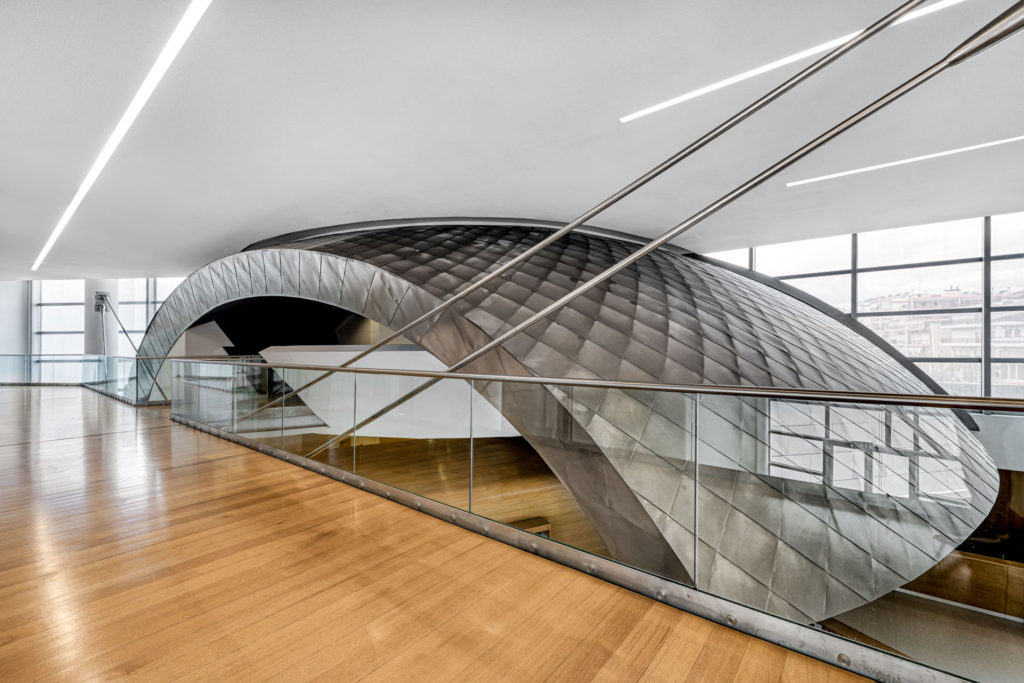 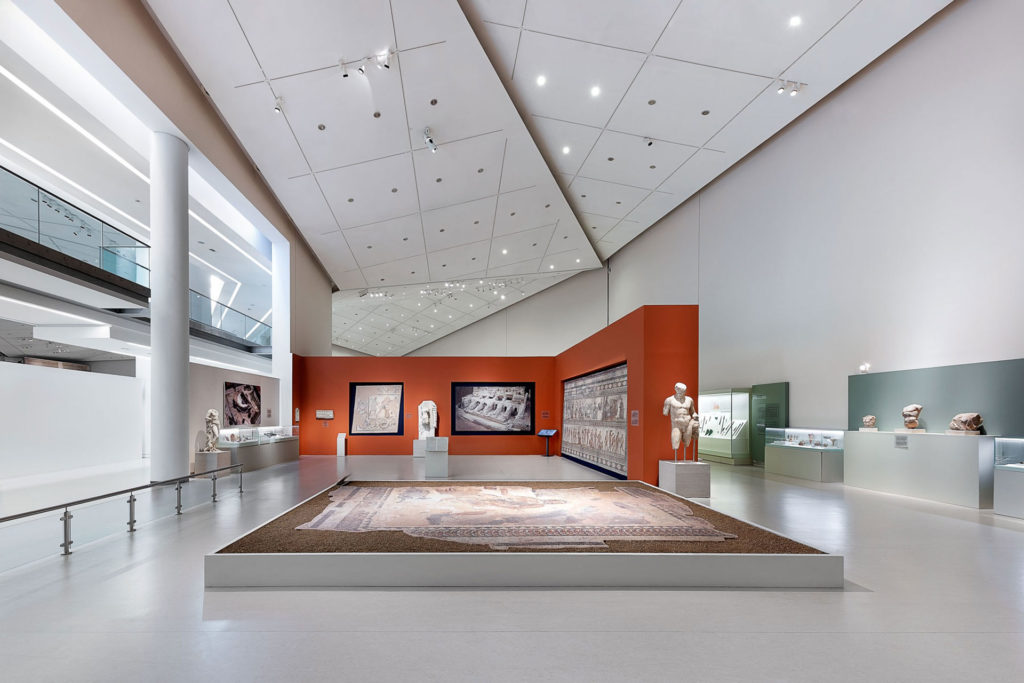 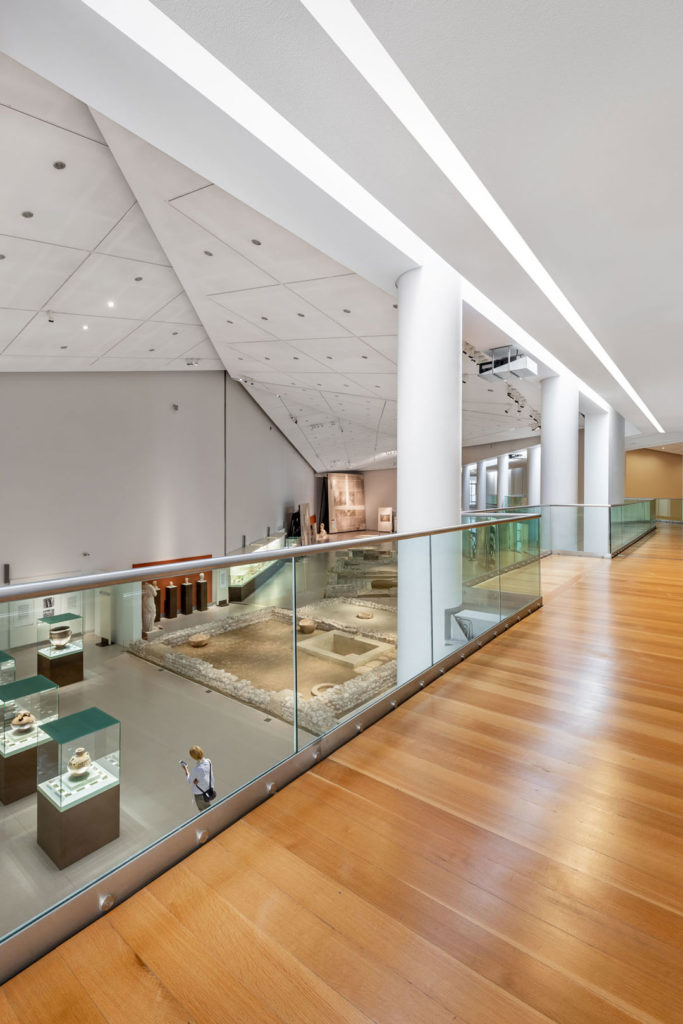 Housing some of the oldest archeological exhibits in Patras and the surrounding area, this Archeological museum is a testament to the rich discoveries made in the region. The museum houses both a permanent collection as well as visiting exhibitions. In both its interior layout and exterior design, the building is devoted to celebrating discovery.

The facade is made from stone plates attached to a honeycomb panel. A ventilated facade system, where the stone is cut to a third of its thickness and attached to the honeycomb, reduces the weight of the building envelope on the building itself. Bridging the exterior and interior areas, a zinc foiled covered dome arches from the external water feature, through the glass facade element and into the building, bringing visitors into the museum.

Inside, the exhibition area space includes an opening at the top of the roof to control the light which enters the building. While it was important that the exterior denoted the importance of the museum’s discoveries, it was also key to ensure that the main focus of the museum experience was on the exhibits. In order to facilitate this, a viewing walkway spans the entire building, enabling visitors to have a better and clearer view of exhibits, taking in the ancient ruins and striking mosaics on display in the permanent collection.